Magnus Cangård – How I became a Scrum Master 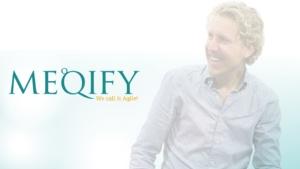 I want to share the story of how I became a Scrum Master and Agile coach at MEQIFY.

Already when growing up I actively started to use the method of inspect & adapt. I have been using it ever since. When I later in life came across the concept of Kaizen, I realized that was what I had been doing all along.

Over my engineering career, I have had roles both as expert and generalist. I´m comfortable in both types of roles, and I have had the luxury to both widen and deepen my skills (expanding my T-shape). Yet, I have always felt that there is something beyond…

When I some years ago found myself in an unbearable situation, I came to realize that the single most important “success factor” when developing fantastic products is “fantastic people”. Or like they say: “Happy People -> Happy Products”; and it comes in that order. If you focus on the people and their wellbeing, they will do a good job. If you also add a prosperous environment, then the product will be so much more than just the sum of its parts.

A couple of years later, I had the luxury of running a team with a lot of freedom. We chose to work in sprints, with clear goals and a plan that was detailed just as far as needed. It turned out as a success, and we managed to deliver in half the time of similar projects. At that time, I came across MEQIFY through a breakfast seminar. What really attracted me was the opportunity to every day be able to call in to a “MEQIFY daily” and help each other with challenges at our assignments. At the time I was running my own business but was lacking like-minded to share experiences and knowledge with.

Now I can look back at a steep development curve that I don´t think would have been possible neither as self-employed nor as employed at the customer. But more important for me, as part of the “agile national team”, is to look to the future and the “mission to Mars” that MEQIFY is on!